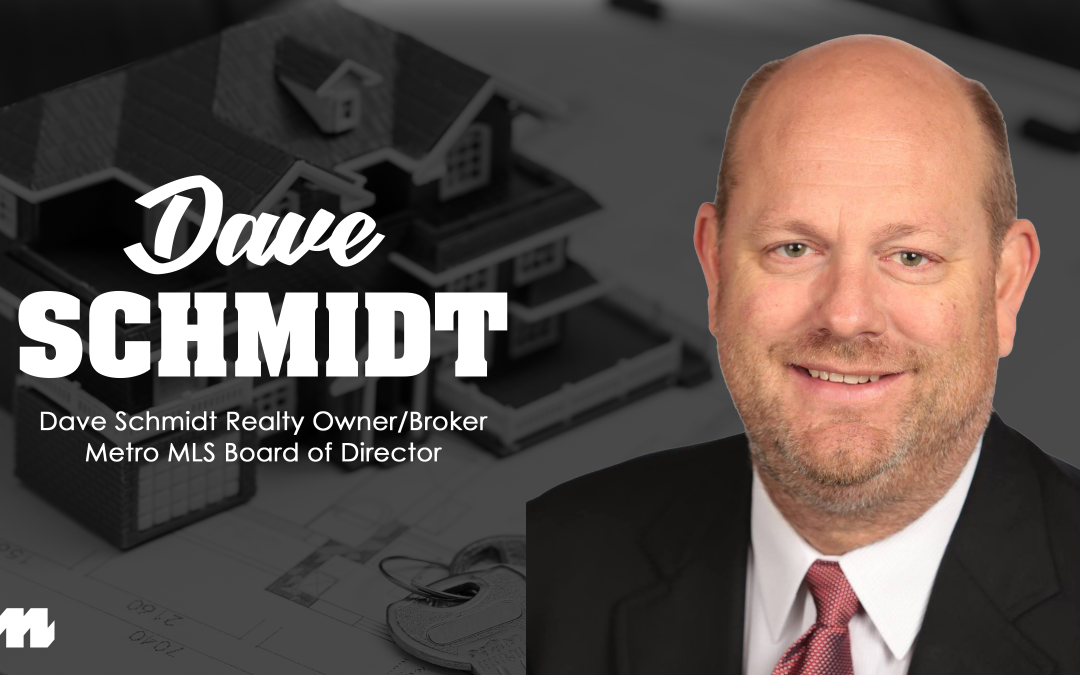 A booming real estate market resulted in record-breaking numbers in 2020. It was truly an unexpected year that led to the most units ever sold in the four-county Milwaukee metropolitan market, with 22,445 units sold last year.

With interest in homeownership high and inventory low, it made the buying market extremely competitive. The housing market has continued to flourish in the first two months of 2021. Sold volume and sold units are much higher than they were at this same point each of the last two years.

“The advice I would give to potential buyers is to be persistent. Don’t get discouraged,” said Dave Schmidt of Dave Schmidt Realty in Milwaukee. “A lot of times, people don’t get their first one or even their second one, and then they want to give up. You can’t give up. You also have to do what is within your comfort level financially.”

Buyers are not the only ones competing against one another in this seller-favored market. REALTORS® also must contend with their industry colleagues for listings.

Schmidt is extremely successful in the real estate industry even though he is just a one-person independent brokerage. He primarily assists clients in the Milwaukee metropolitan area, helping them through the home buying and selling experiences while also conducting business in the rental market.

Schmidt has never experienced anything like the current state of the market, he said. Although listings are at a premium, Schmidt hasn’t veered away from the approach that’s made him successful over the last 30 years.

“Inventory is at historic lows, and it has created a feeding frenzy for buyers,” Schmidt said. “The biggest thing is just getting listings in today’s market since inventory is so low. I don’t think it’s changed my business, though. I believe if you give people good service and are honest and fair with them that they will tell people about you.”

Schmidt grew up in the industry, as his father started Dave Schmidt Realty in 1966. He didn’t always envision himself having a career in real estate, however. It wasn’t until 1991 that Schmidt obtained his real estate license after his father kept “nagging” him to get it, Schmidt recalls.

Schmidt started in real estate on a part-time basis while working at a collection agency. But after six months, he was earning more money as an agent than he was at his full-time job, prompting him to focus exclusively on real estate in 1992.

In 2004, Schmidt received his broker’s license and began running the family-owned, full-service real estate company. He is a one-person brokerage with a personal assistant that helps him with office duties.

Schmidt is an example of just how diverse the real estate industry is from a business-model standpoint.

Besides his knowledge, Schmidt is personable, trustworthy and client-driven. Those attributes have allowed him to compete against large brokerages and earn numerous achievements, including the 2008 REALTOR® of the Year award and the 2009 Outstanding Service Award.

“For me, it’s about the service you give people,” Schmidt said. “Let’s be honest, no one opens the phone book and says, ‘There’s Dave Schmidt. I’m calling that guy.’ The only way I get business is through word of mouth and referrals.”

In addition to running his company, Schmidt also has volunteered in leadership roles. He was on the Greater Milwaukee Association of REALTORS® Board of Directors for six years, including one year as the chairman in 2007.

In 2006, Schmidt joined the Metro MLS Board of Directors. He served as chairman from 2009 to 2014 and currently is on the executive committee. He also is the chairman of the newly created MLS Appeals and Review Board.

“The unique thing is that when we would travel, people were always amazed that a small broker could be the chairman of the board,” Schmidt said. “In most places, there is more of a power struggle. But here, we all work together.”

Schmidt’s experience on the Metro MLS Board of Directors has allowed him to grow his knowledge of the real estate industry, he said. Before joining the board, Schmidt thought Metro MLS was simply where members went for real estate data. Now, he describes Metro MLS as a vital part of the industry.

Metro MLS is the largest multiple listing service in Wisconsin, serving more than 9,000 members and 10 REALTOR® associations. Since its inception in 1962, Metro MLS has offered members accurate data, industry-leading services and cost-effective resources to enhance fair housing and help REALTORS® succeed in the industry.

“Dave is an asset to Metro MLS and the Wisconsin real estate market,” Metro MLS CEO Chris Carrillo said. “He brings a unique perspective to our board and helps us make smart decisions that benefit the entire industry. He also is a great guy who is well-respected by his peers and is a leader in this industry. He’s a true Realtor’s REALTOR®. Our growth and success have his fingerprints all over it.”

Schmidt and his wife, Heather, have two children, Megan and David. Megan works in commercial real estate in Chicago, while David is in the medical field.

He hopes one day one of his children takes over the family business, he said. But in the meantime, Schmidt is proud of what he has built and doesn’t plan on slowing down any time soon.

“I like selling real estate, and I plan on doing it for many more years,” Schmidt said. “I don’t see small independent brokers like myself going away. There will always be a niche for us.”